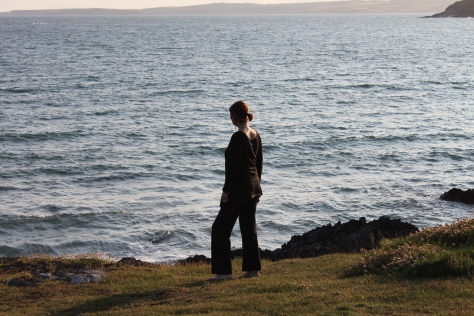 I came across the following quotation by Michel Foucault the other day which just about sums up something I’ve been thinking about:

I had been pondering this very thing, from being at work, to raising children, to being at all.

In infinity, being infinite potential, there is no beginning and no end, and all is paradox.

We are always looking for a beginning and end point, for a reason for everything, an explanation.  This can be quite crippling.  We do need a raison d’etre of sorts, we need containment for the purposes of reviewing and learning, but ultimately, can never know.

We need to examine the bejaysus out of everything to get to the stage where we can truly proceed on faith.

For example, in my capacity as Teacher of Photographic Studies, I’m very aware that the best I can do is sow seeds, particularly in that I know the seeds I seek to sow go far beyond teaching people to photograph.  I’m sure what I’m about is far from obvious to most students who appreciate the work of others, through whom they see more obvious results in the capacity in which they enrolled for the course.  My aim is to initiate a questioning process designed to loosen the hold of the ego over minds in the longer term; to plant subversive ideas, which will ultimately grow to facilitate an ability to experience the self in more expansive ways.

While I have long loved and been fascinated by photography, my passion is for the ultimate liberation of enlightenment.

I teach students to understand the language of photography, as it helps to understand perception, which to most people, resides in the realm of the visual.  We read everything without being aware that we are doing so.  We associate, categorize and assume based on habit.  Habitual assumptions are formed by the Media’s use of selection and repetition.  In You, Inc., The Art of Selling Yourself, the authors state the following “Everyone stereotypes.  The esteemed psychologist William James expressed it perfectly: ‘The first thing an intellect does with an object is classify it along with something else.’”  That is semiotics in a nutshell.

We learn to classify from an early age and slip into subconscious habitual modes of association, rarely examining our own minds to a great enough degree to find any level of authentic experience of reality, or to even cultivate the means to truly recognize someone else.  We misrecognise ourselves through the lens of learned stereotypical assumptions and project our misperceptions onto the environment.

In Pure Heart, Enlightened Mind, Maura O’Halloran, a young Irish woman and recognised Zen Saint, exclaimed in delight at the moment of Liberation.  She danced for joy along with her Japanese Master, Go Roshi, at the recognition that they were One; that neither one was more or less important than a blade of grass.  She realized her True Nature as the Infinite Being.  As Deepak Chopra has said:  “You are not in your body, your body is in You.”

Maureen also offered the following wise insight in her diary: “Ego is to body, what nation is to country.”

The loosening of the ego’s grip can happen in the most banal circumstances.

A mundane example of this understanding is as follows.  The other day I drove into a small enclosure near to one of the doors of the local supermarket as there were no parking spaces out on the street.  A car before me pulled into the last spot, meaning I would now have to manoeuvre my way around and out of the small, car jammed space.  My temptation was to curse and swear (Effing typical!) and catapult into Victim Mode.  I quickly caught myself.  There was no earthly reason why the people in that car shouldn’t have that space, and may well have been a very good reason why they should.  I didn’t deserve it anymore or any less than anyone else, and the only person who would allow that to affect me was, well, me.  The knee jerk reaction would have been to link that minor incident to a chain of other frustrations I was experiencing, and to identify myself as hard done by.  I went off to another supermarket where to the best of my knowledge, is exactly where I was meant to be at that time.  This echoes a core tenet of Byron Katie’s teaching: “How do I know this is meant to happen this way?  Because it is,” or something to that effect.

As well as telling us we deserve something, the ego also tells us we don’t deserve anything.  We tend to resist both.  Foucault also said,  “Where there is power, there is resistance.”

As individuals we reside in a state of conflict.  We resist the inner authority of ‘the voice’ which tells us we deserve/don’t deserve.  Caught in a state of stasis wrought by the desire/lack dynamic of self-mage, the ego feels lacking so the ego wants.  The ego tells the little self, it doesn’t deserve what it wants because it is lacking, it isn’t good enough to have it.  The little self therefore desires more in order to feel better about itself.  “If only I had/was ‘that’ I’d be/feel/look/seem better!”

When it apparently happens people come and they say, “The constant perfect lover was always here.  Life, being.  And what is strange is that I can’t tell anyone else what this is like because it cannot be known.”

So, where am I going with this?  Well, for years I’ve wrangled with the nature of being.  I’ve battled with ‘my’ ego.  It isn’t ‘my ego’, Ego, like everything else, is universal, it simply is and behaves as it does.  I’ve explored it academically.  I’ve suffered it personally.  I’ve been tortured, along with everyone else, by my perceptions of reality.  I’ve wondered about Universality and Differentiation, whether there is a God, what God means and what it means to be God.

I’ve ‘concluded’ that contraction is necessary for experience but have given up looking for a reason for any of it.  Which brings me back to an earlier point regarding intellectually analyzing things to the point of releasing into the hard won expansion of faith.  Some people think spirituality is for cissies, for the intellectually weak or lacking in courage.  For me spirituality has taken courage and intellectual rigour.  I’ve had to let go and allow myself to be vulnerable over and over.  I’ve had to recognise the intellect for what it is, a tool, and allow myself to appear foolish to myself and others by embracing the intangible and honouring experiences which to others appear crazy or insignificant.

I’ve questioned my capacity to share what I’ve learned; I’ve asked myself the value of writing the book I’ve started and stopped so many times.  This morning, all slotted into place, and just as I’d revealed it to myself, I randomly perused my journal and alighted on the following quotation from Anita Moorjani’s book Dying To Be Me, where I saw my understanding echoed thus:

“Up until that point I’d thought the NDE (Near Death Experience) was special just to me, and although I’d brought back a message to share with others, the healing mainly seemed to benefit me.  This was part of the reason for my trepidation in sharing my story – I wasn’t fully aware of how others were going to benefit from my experience.  However, in that room that day, something shifted.  As I watched the reaction of others, and the transformation that was taking place, I suddenly realized that both my getting cancer and my healing were actually for the planet.  If we’re all One, what happens to me, happens to all.  And what happens to me also happens for the whole universe.  I understood that the reason I even got sick and then chose to come back was to serve as an instrument for healing to take place in others – not just physical healing, but more important, emotional healing, since our feelings are actually what drive our physical reality.

I understood in Dubai that my recovery was just the beginning.  It was the opening of a new chapter of greater unfolding, and all I had to do was step into the ambiguity.

Again, I knew I wouldn’t have to do anything; it would just unfold as long as I allowed it to happen.  And in that moment, I thought, Bring it on!  Whatever you have in store for me, I’m open to it!  Now I understand.”

All of my experiences as Gillian Treacy, have unfolded to facilitate an understanding and capacity to encapsulate and express that understanding, in a manner which others will be able to assimilate for themselves; for their greater apprehension of the self as OneSelf.

Like Michelangelo we carve out unique experiences, creating ourselves from the vastness of infinite potential. It seems our task is to be “in the world but not of it”; to use suffering as a means to be free of suffering; to learn to enjoy the act of creation through the contraction of individual perception, eventually expanding once more into an understanding of the self as infinite.  What this can ultimately mean, I can neither know nor need to know.

As has been wisely expressed elsewhere:

Life is not a business to be managed, but a Great Mystery to be lived. 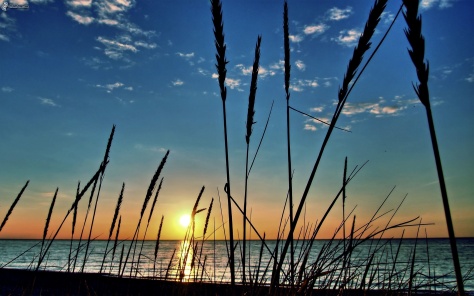 Workshops in Infinite Self Awareness